Fortress of the Witch Queen

Another piece for Barbarians of Lemuria (available now on DriveThruRPG *cough*), this one was to be the background image; spread across two pages; repeated throughout the book.

Settling on a composition was hard enough, as you can see from some of the roughs, as each half idealy needed to work on its own when a page was viewed separately. Not only that, but I had to avoid any strong lines or areas of high contrast, as text was going to be laid over it.

I tried to emulate two sources here, the work of Hiroshi Yoshida and that of thr film 'Fire and Ice' by Ralph Bakshi.

Yoshida's work has such depth and emotion and conveys natural elements so beautifully. I was struggling with the water and I thought, 'who does water better than Yoshida?' Nobody, that's who.

And 'Fire and Ice' was such a massive influence on my childhood: I watched it every Saturday morning, along wirh 'Empire Strikes Back' and 'Enter the Dragon' (if you know me, you know that I can pretty much be summed-up by those three films to this day!).

Obviously, what I ended up with falls horrifically short of these two pieces of inspiration, but you have to reach for the stars, don't you? As an artist I will always be disappointed by everything I do, so I might as well give myself just cause to be!

The image conveyed here is that of our hero, Thongar, approaching the Fortress of The Witch Queen in Satarla. He has forsaken an all out assault with his companions in favour of stealing in on his own in a small fishing boat, with the intention of killing the evil sorceress and ending her dark reaign once and for all. The bay is empty and there are no guards; as if she knew he was coming; as if she were inviting her enemy in.

To this day no-one knows what happened that night, but both Thongor and The Witch Queen still live... 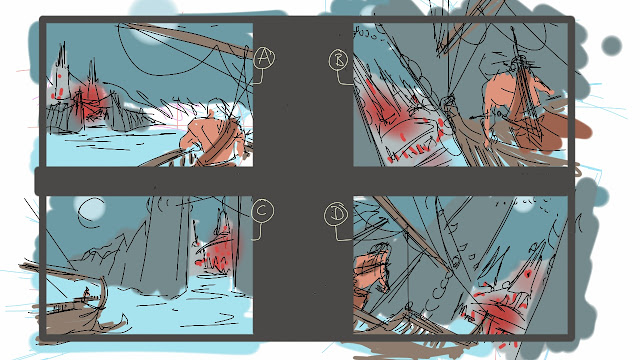 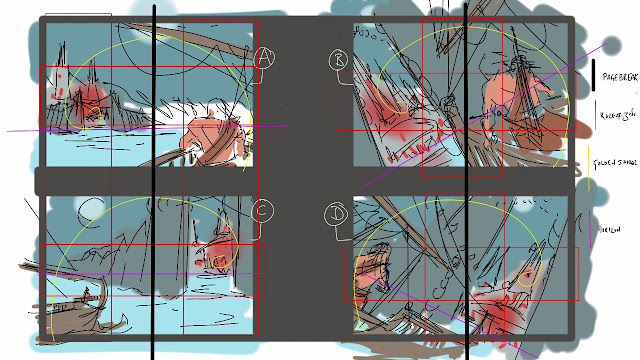 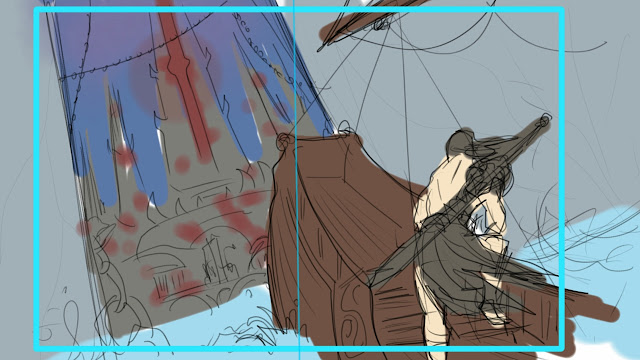 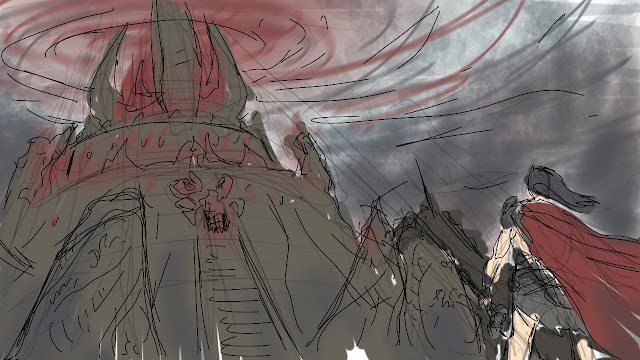 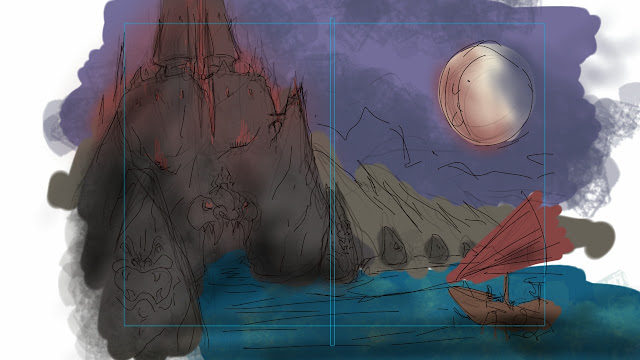 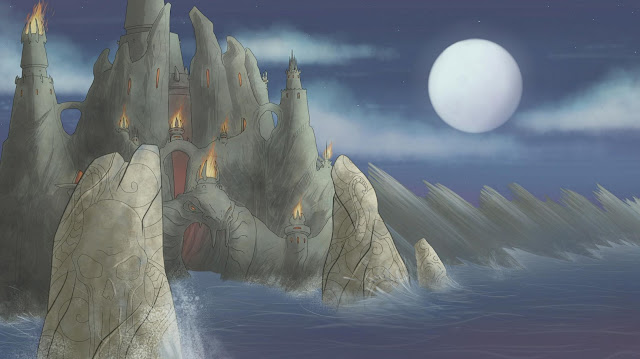 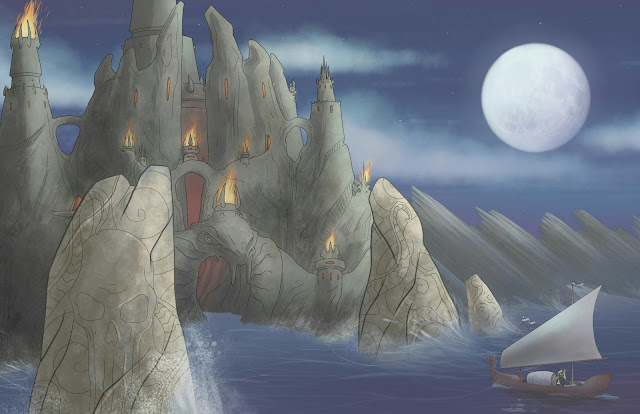