Here is my second in a series of tribute posters to the episodes of Fox's Sleepy Hollow series.

Relatively spoiler-free where I can.

I was going to draw an amulet seen at the start of the epiaode as I thought I could work some cool graphic deaign with that but then there was a bit later on with a hot naked woman writhing in skulls and smoke. Obviously that won, even though it meant four times as much work.

All done on my phone, with my finger, in Sketchbook Mobile. 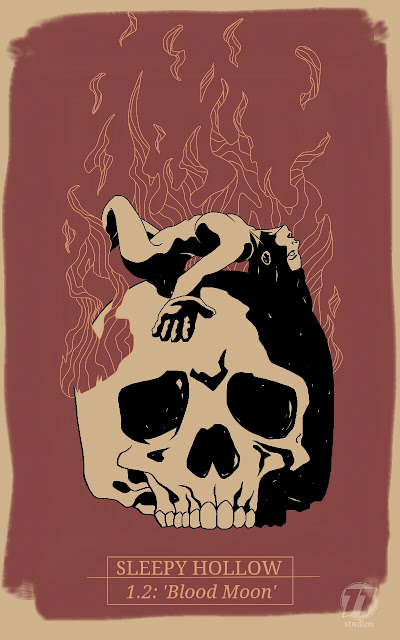