I just found out it's cool to post these!

A while back I was approached by my good friend and luminary, Paul Gerrard ( www.gerrardart.com ) who had previously worked on many big and exciting hollywood projects such as Battle: Los Angeles and Wrath of the Titans.

He was working on a project with director Mike LeHan and neded some help getting a whole load of storyboards together for a pitch package. He would do the key beats of the scene but needed the rest coloured and detailed to fit in so that as you looked through them they wouldn't stand out too much. Obviously I jumped at the chance to help out and get a taste of the hollywood. Paul sent me his first board and said just make them look similar.

After I cleaned my pants and told Paul that they would look in no way anything close to his fully-rendered cg/photoshop wonderment I started in them. I burned through as many as I could and Paul would message me whenever he had got one done.

It was a wonderful experience and one I hope to repeat soon.

Here then, are the boards in all their 'glory'. I did all of mine on my phone with my finger, much to Paul's surprise as he uses a 24gig pc. Yeah, you read that right. Paul's poop on mine from a great height, obviously. 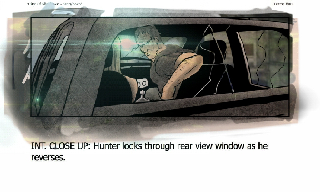 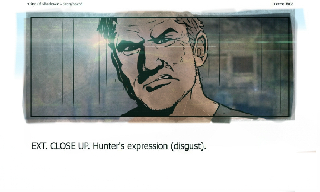 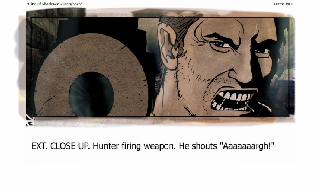 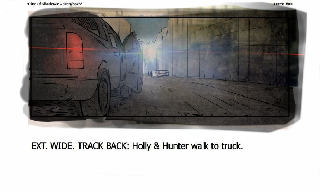