Here is a fan-tribute cover which I have put together for the mighty Barbarians of Lemuria Mythic Edition (available now on DriveThruRPG.com!)

The published cover is great, but it chops off some of my tentacled beastie so I thought I'd bash one together where you can see the whole image, instead of just posting it up on a white background. This is what we originally looked at for a cover concept, but working out how to get the pulp texture to work with the bleed on multiple formats for print was impossible. The fantastic guys at Filigree Forge made absolutely the right decision for the final project in going the way they did. Plus, on the final layout you can read the details on the characters better (and there are a lot of details- for example, one of Krongar's coins has my logo on it!)
I had to do it in two parts (Krongar and the Princess was one part- the stone head and beast was another) and composite it together due to the huge size of it. Those tentacles took a hell of a long time to draw, but I'm quite pleased with them in the end.

I tried to get that classic old pulp novel look to it (much thanks to my art brother Corlen Kruger for his guidance!) 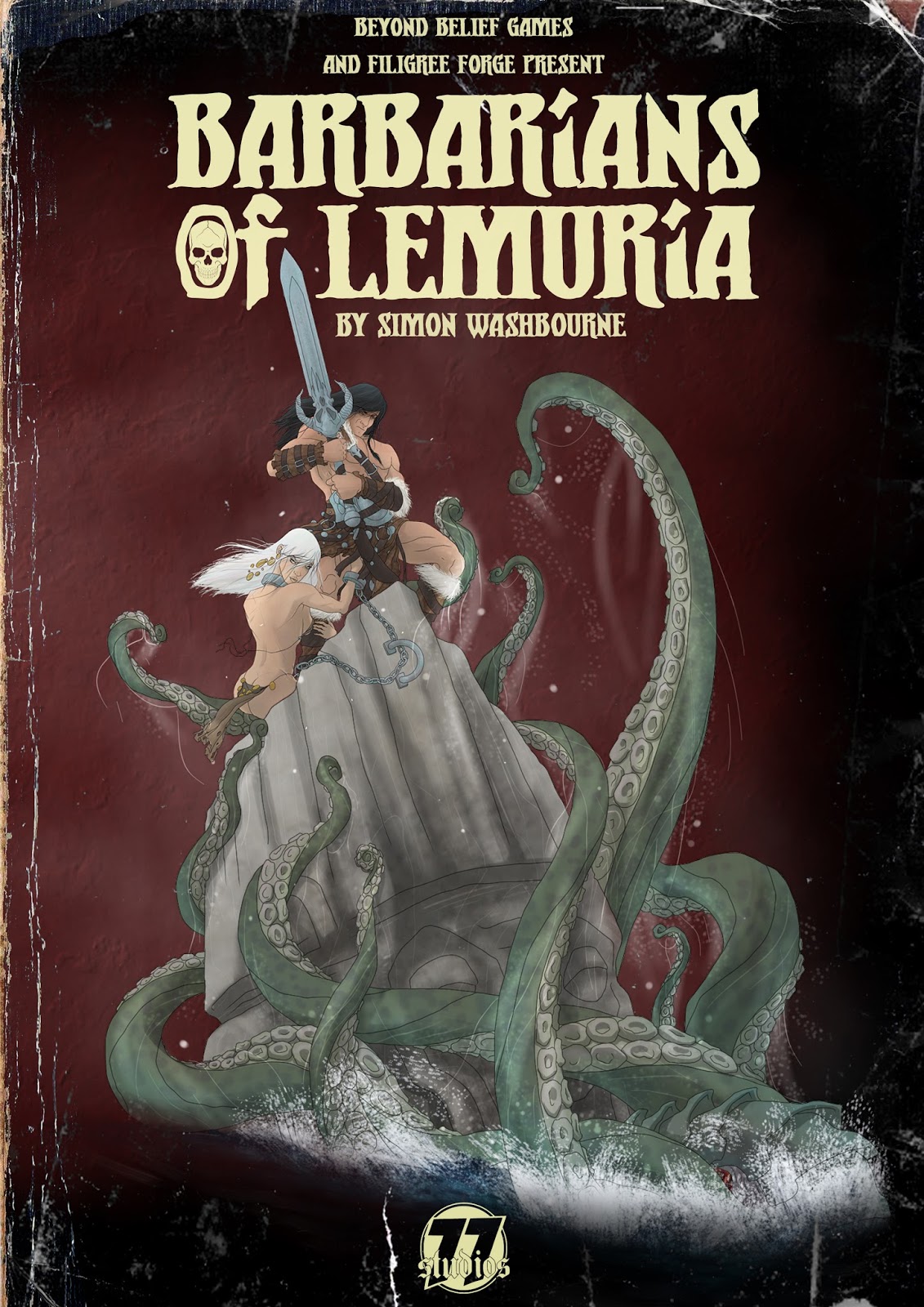 The full image is great, however we did feel that Krongar & co came across a bit small, hence going with a partial image. Would liked to have used the old book feel too, but it doesn't work well with bleed :(