Here is another character which I designed for the print edition of the fantastic Triumphant! RPG frpm Beyond Belief Games which is now available on lulu.
Very pleased with the colours on this one.
She's called Star and I envisaged her as a companion for the Captain Superior of the 80s who has gone on to become a hero in her own right.
She has golden cestus which are my take on Wonder Woman's bracelets and lasso.
Also, she's blonde. I don't draw blondes very often, but I felt it suited the character and design in this case. And it helped to differentiate her from Diana/Donna Troy a bit. 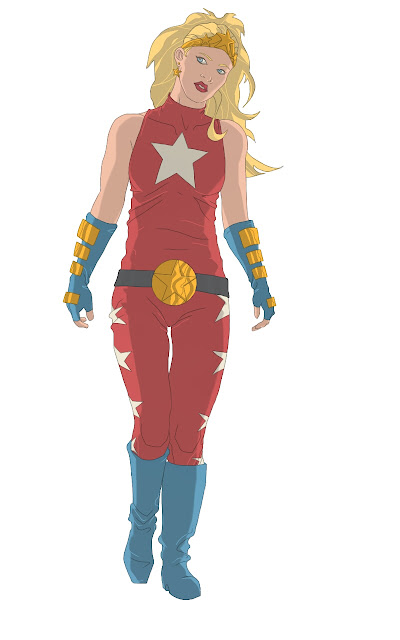