A spate of grizzly killings plagues the nights of New York City! Bodies are found horribly mutilated by a,serial killer the press are calling: "The Shredder!"
Oroku Saki was the top killer of the Ashi Clan. His brother, Nagi, ruled with Hamato Yoshi until the love of a woman drove them apart. Yoshi was forced to kill an enraged Nagi and then fled Japan after a vicious assault by Saki and his soldiers.
Saki then assumed comlete control of the clan and turned it into a private army. Driven by visions of his rise to power over the world, he formed Ashicorp as a front for his schemes and made bargains with dark powers. One of which was the mysterious TCRI corporation and it's head, General Kang.
Saki managed to track down Yoshi a few years later in New York. Blinded by rage, he ignored the path of fate and pursued him to his hiding place. He murdered him , but in the process was scarred by Yoshi's pet rat who escaped and on that fateful day, the TCRI truck he was meant to be guarding was caught up in a traffic accident, spilling it's mutagenic cargo into the sewers.
As all ninja know, there are no coincidences... 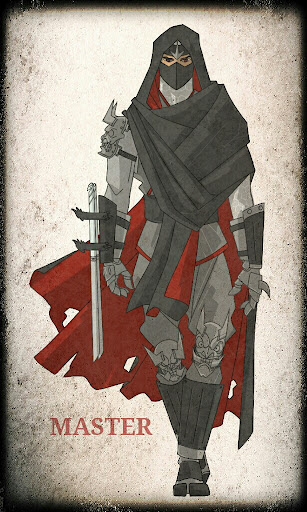