I just realised that I haven't put these two up on here and I did them AGES ago!
Building up a library of NPC headshots, here we have the Innkeeper (does he kbow more than he's letting on?) and the Village Girl (is she a virgin sacrifice or something more sinister?).
Both of these ones are riffed-off original Hammer promo shots but then changed. I want to try and inject a sense of the original source materials into the game. Obviously I try to capture the 'Essence of Hammer' in all the pieces I do for this game but in trying to convey the cinematic aspect of the game, I like to cast actors in some of the roles. The Innkeeper is a special tribute to the actor who seemed to be in pretty much every Hammer movie. The Village Girl actually started life as Caroline Munro because, Caroline Munro.
Both done in Sketchbook Mobile on my phone. 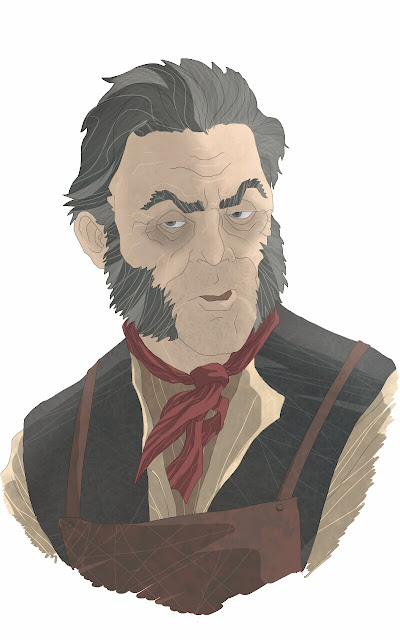 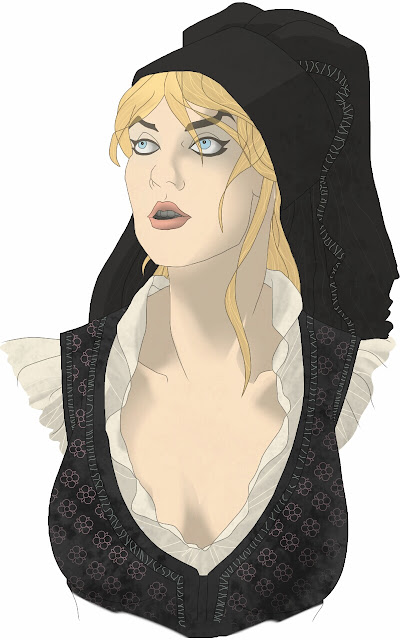 Email ThisBlogThis!Share to TwitterShare to FacebookShare to Pinterest
Labels: carpathia